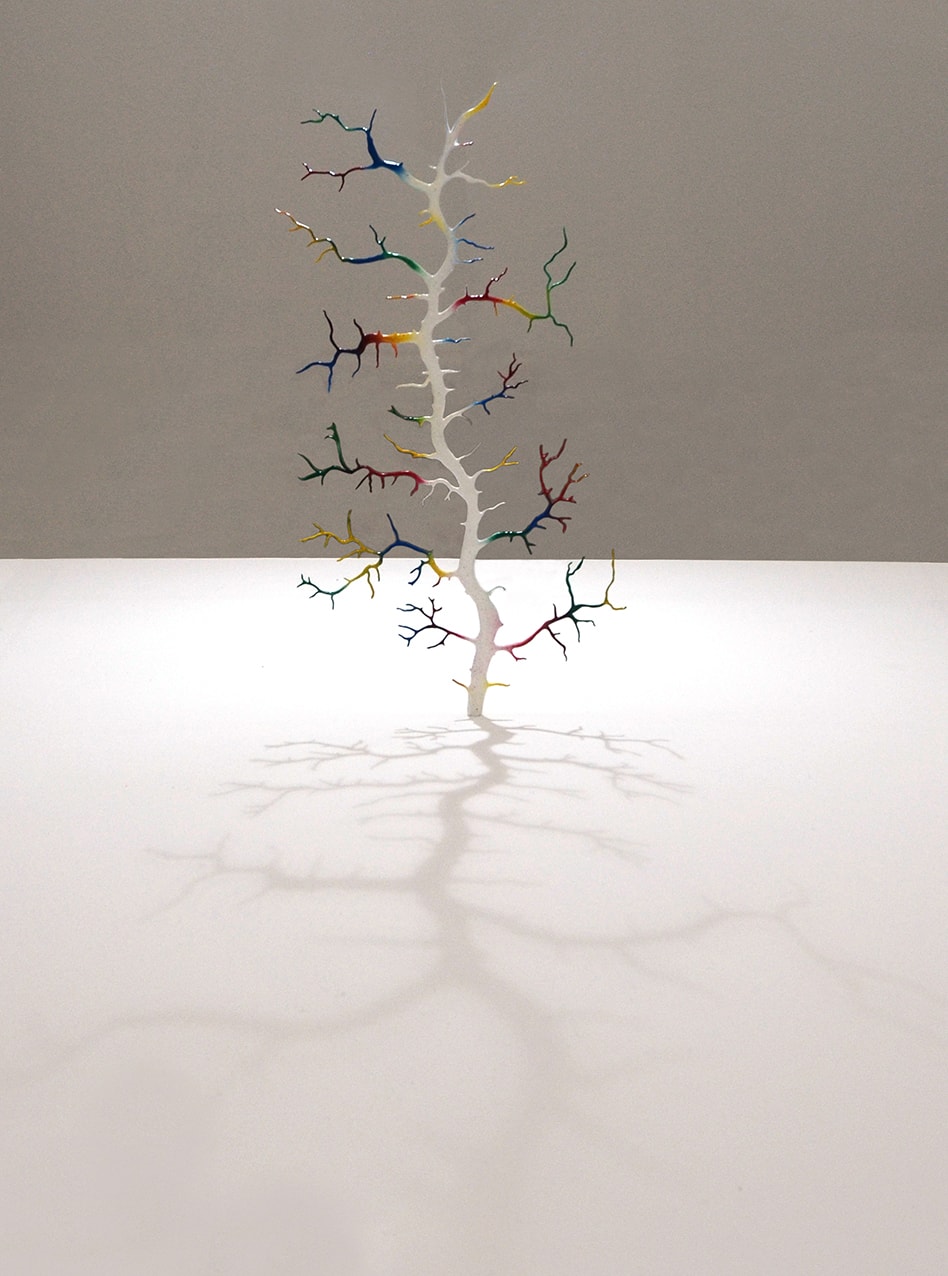 The image of a river (from the series “The Satellite Garden” 12 Lybia, 2018) when seen from above, is viewed instead as a huge tree. This symbol of life and temporal growth represents for the artist an arterial tangle in which vital lymph nodes flow. The pollution of rivers caused mainly by the enormous amount of plastic that is expelled into them, a theme of dramatic actuality very dear to Serradifalco, is the conceptual inspiration for this sculpture. Made from PLA, a plant-derived polymer, this sculpture also uses 3D printing technology to create a filament. One of the characteristics of river pollution is that the damage occurs very far from the point at which the contaminants were poured. They are diluted throughout the course of the water, thus determining their diffusion and biodegradation, which is well evidenced by the black shadow that the sculpture creates. The shadow represents, on one hand the desolation of environmental degradation now of planetary proportions. On the other hand, it represents the temporal dilution that this type of pollution produces and that man does not perceive as near himself but indeed, as something far away. The long, black shadow of something that no longer exists. The exhaustion of oxygen that crossed the “branches” of the river that now, due to the continuous pouring of plastic material causes the death of all the organisms that depend on it. Metaphorically, it also represents the anoxia of the consciences of a blind politics to the desperate alarms shouted by the environmentalist associations. This is the meaning behind the work that Max Serradifalco, an accusation against indifference and hypocrisy symbolized by a river / tree that stands out in the ideal center of a world in danger, containing in itself the sense of a peaceful protest as only art can elucidate, and the weight of a responsibility that society is leaving to future generations.